‘Save up’: People who retire with more income are happier

Irish Independent – An Irish study has found the more retirement income you have, the happier you’ll be in older age.

Irish Independent – An Irish study has found the more retirement income you have, the happier you’ll be in older age.

The Irish Longitudinal Study on Ageing (TILDA), Trinity College Dublin, revealed that those aged over 50 in Ireland living in households with higher incomes experience a better quality of life.

The study, which focused on more than 8,000 people, measured a person’s quality of life based on their level of control, autonomy, self-realisation and pleasure.
The report found that around 31pc of Irish retirees showed the shortage of money did not prevent them from doing the things they liked.

However, around 19pc of retirees in low income brackets reported that a shortage of money often stopped them from doing the things they wanted to do compared with only 3pc of those who earn a higher income.

But 25pc reported a shortage of money never stopped them from doing the things they wanted to do, compared with 40pc of those in the highest income bracket.

Lead author of the report Dr Irene Mosca, a TILDA research fellow, said the report found that the shortage of money did not seem to be an important issue for the majority of Irish retirees.

“Overall, the findings of this report suggest that it is the income that people are on, pre and post-retirement that affects their quality of life, not the rate at which their income changes.

“Maybe it’s very obvious, but then again we decided to look at the data and collaborated our ideas to come to a conclusion,” she told the Irish Independent.

David Harney, chief executive of Irish Life Group, said that these findings were consistent with the group’s analysis of peoples’ spending patterns in retirement. He said it showed that the majority of people had reduced spending power compared with when they were working.

“The strong association between income and quality of life in older age again highlights the need for people to save for retirement.

“We recommend a target of one-third of salary, plus the State pension, for people to enjoy a comfortable retirement,” he said.

‘Save up’: People who retire with more income are happier 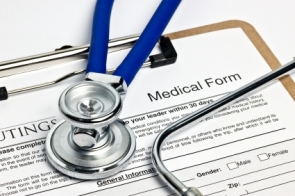